You are here: Home / Royal Watching / The Duke and Duchess of Cambridge and Prince Harry Host President and Mrs. Obama for Dinner at Kensington Palace

The President of the United States, Barack Obama and his wife, Michelle, visited Kensington Palace on Friday evening where they enjoyed dinner with The Duke & Duchess of Cambridge and Prince Harry.

The President has met William and Catherine numerous times, the first being in May 2011 just after the couple’s wedding. This meeting was the first royal duty the Duke and Duchess undertook as a married couple. They greeted the President and his wife at Buckingham Palace for the start of his US state visit to the UK.

More recently Prince William travelled to Washington DC where he got the chance to meet President Obama in the Oval Office back in 2014.

After the birth of Princess Charlotte last year, The First Lady went to meet Prince George and his sister at Kensington Palace during her tour of the UK, and gave them presents to celebrate the birth.

This is likely to be the last time that President and Mrs. Obama meet with members of the Royal Family while President Obama is in office. 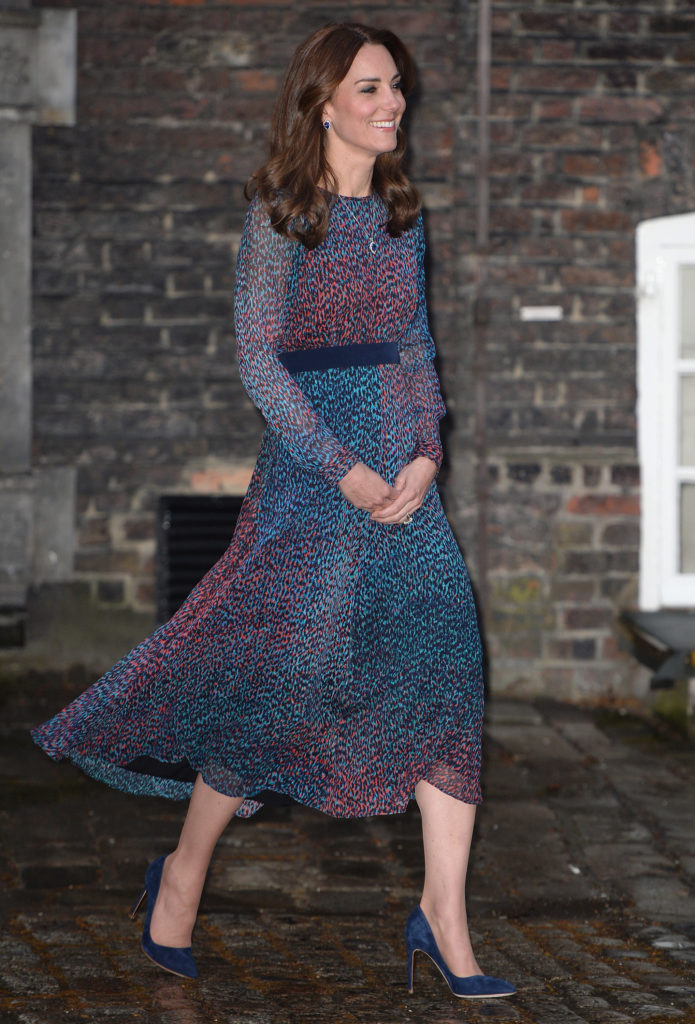 A closer look at the Dress Catherine wore:

You can still get it by clicking here

Previous Post: « The Prince of Wales and Duchess of Cornwall Visit Louisville, Kentucky
Next Post: Prince George Stays up a Tad Late to Meet A World Leader »