You are here: Home / Royal Correspondence / Condolence Reply from the Earl and Countess of Wessex and Forfar

I mailed all my cards off on 20 April. Today, I received a response to my message of condolence from Their Royal Highnesses The Earl and Countess of Wessex and Forfar. 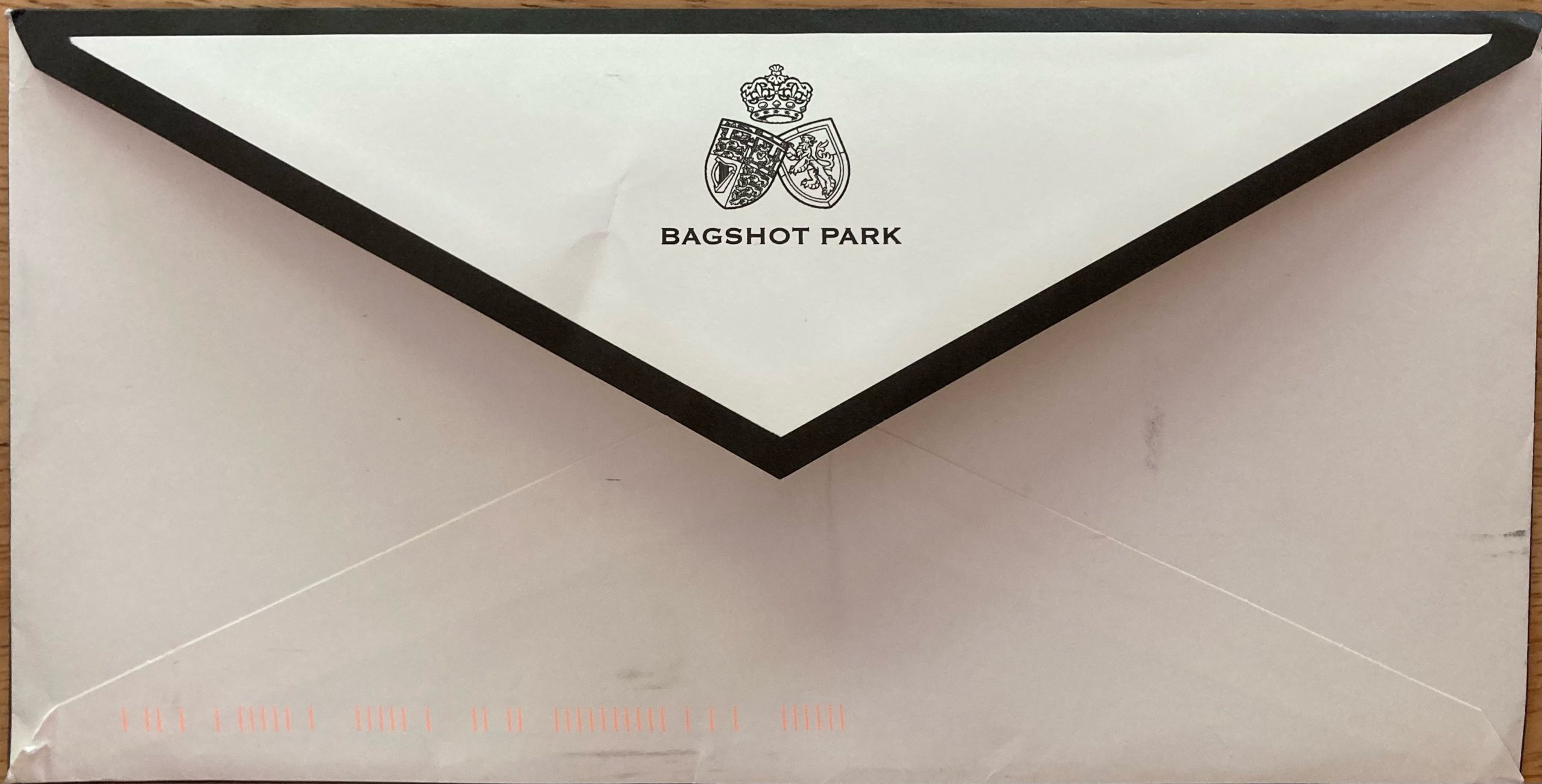 Instead of a short letter on their joint letterhead this was a card, much like the one sent for Her Majesty’s 90th birthday. It shows a photo of Philip and bears a simple message of thanks from the couple.
The front: 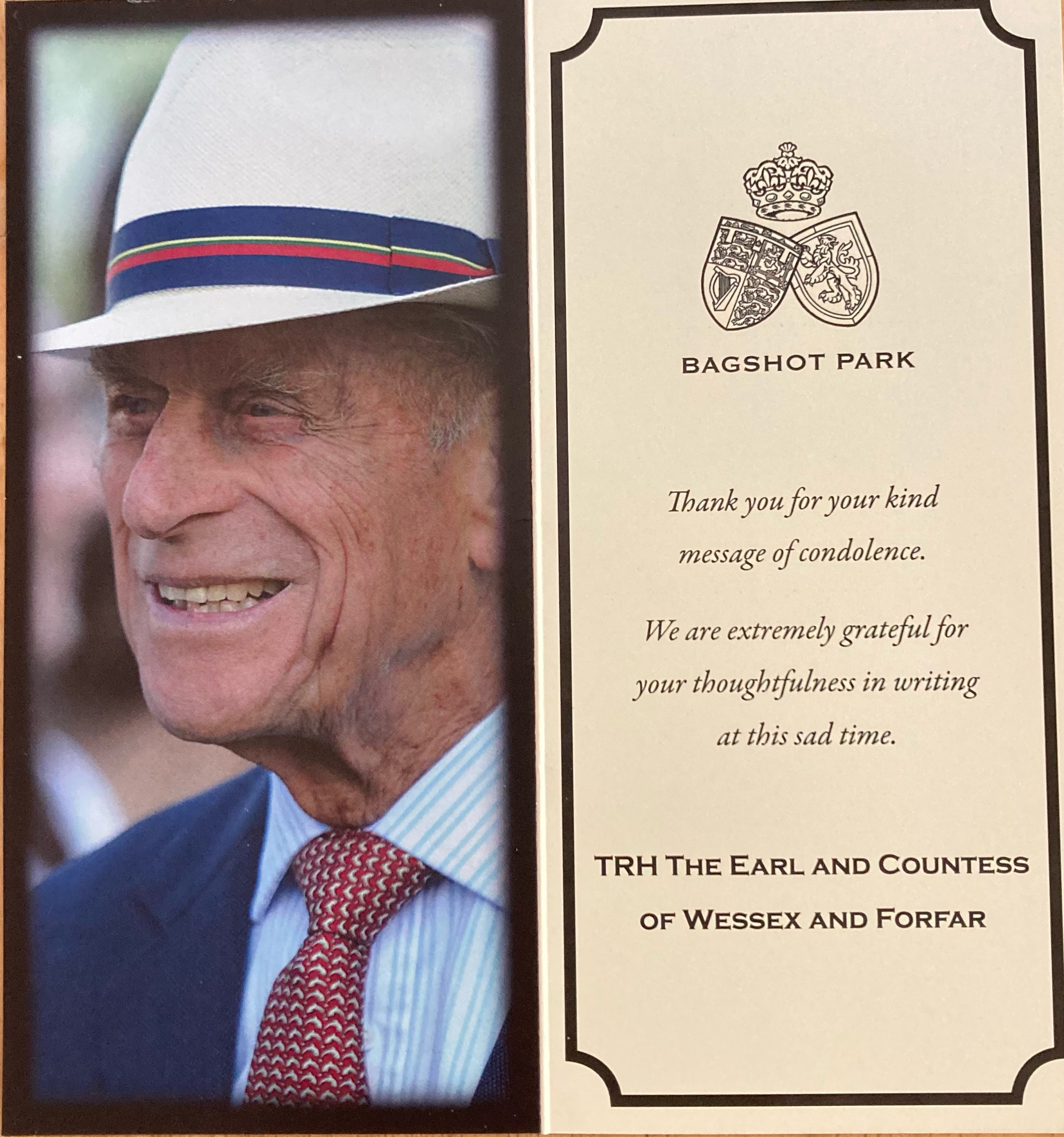 I was probably a little more excited to receive this particular piece of Royal Mail than I should be. It is the first reply I have received from either Edward or Sophie.

Previous Post: « Catherine teams up with Other Book Fairies on the Release Day for Hold Still Photo Book
Next Post: Bea and Edo are Expecting a Baby! »