You are here: Home / Editor's Notes / How I Choose to Think About Valentine’s Day

How it got tricky

First, I have to embrace and accept my past so that it can’t dictate my future, right?  Well, Valentine’s Day 1992 I got on a flight.  As I was boarding, my mom said “I won’t cry if you don’t”.  I was making a choice.  One that came back to bite me in a way that has lasting impacts to this day.  Here’s a quick version of the story.  I was flying to move in with my Bio Dad.  I had said I wanted to try living with him for a year.  In my mind it was only a year and the next Valentine’s Day I’d return to my mom.

Fast forward to Valentine’s 1993 and my step mom making clear I wasn’t going anywhere.  It took three and a half years and countless court battles amid so many maneuvers and manipulations that have had an undeniable affect on my mental health and my willingness to trust nearly any mental health professional to get me back home to Mom.  I even had to miss a day or two of school (and a Chem I test) for the final custody hearings.

In addition to all of the personal family history and trust issues that pop up when i think about Valentine’s Day there are also the things that I am sure many more people with recognize and identify with.

I’m 41, single, and disabled.  I can’t change two of those things.  Add in that I live with my Mom.  That third fact is not likely to change either.

The Ones that “got away”

I’m gonna be honest here.  Embarrassingly honest.  It seems to be the way I roll with this relationship stuff.  There have been guys that I like, usually more than one.  There have even been a few that I have imagined a life with.  Even fights that I said I knew I would WANT to have with a partner because those “fights” would make me know I was with the right person.

But I’m an idiot some times and I don’t always take a chance when it is right in front of me.  It has been this way since Elementary School.  When I fall, I fall hard…both emotionally and physically.  The ones that “got away” are all great guys and they are all happy in the lives that they have built for themselves.  Several have offered help when I’ve needed it and I’ve been able to return the favor as well.

The Night everything changed

Valentine’s Night 2012 was stacking up to be like so many others have since 1996.  I was all set to listen and cry to Stevie Wonder’s “I Just Called to Say I Love You”.  All set to clean something off the DVR and eat a ton of chocolates.  I had already begun begging Dottie, my black cat at the time for some couch snuggles.  Catherine had picked her first batch of charities and I had fallen in love with the work being done by East Anglia’s Children’s Hospices. I had already jumped in with both feet and begun fundraising for the Child’s Play Appeal at the Milton Hospice that was being spearheaded by The Cambridge News.  The work I was doing on the night of the 14th was like work I had done so many days before.  I was catching up on a visit to Liverpool where the Duchess had made visits to Alder Hey Children’s Hospital 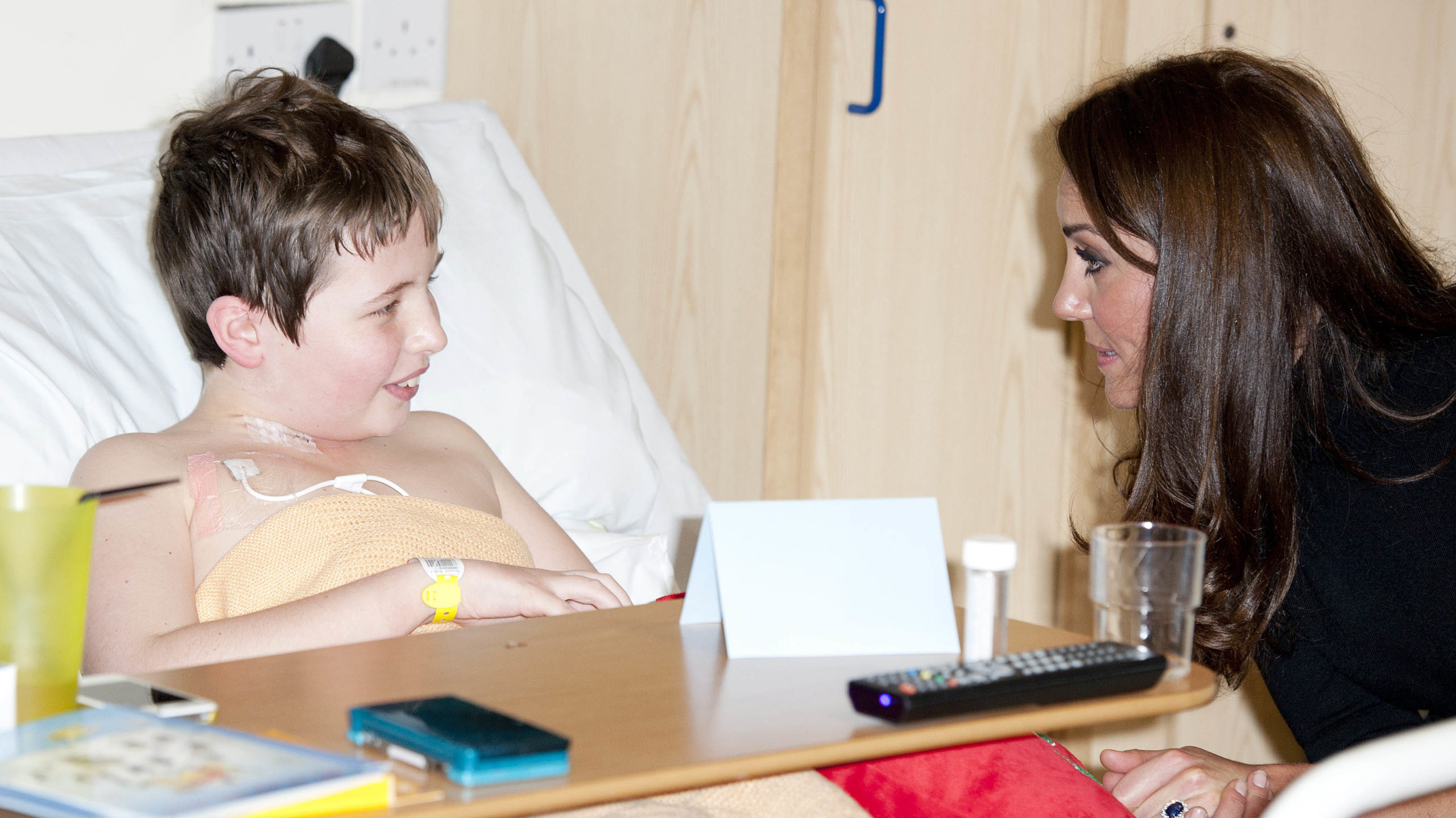 and to a food and beverage establishment run by her new patronage, Action on Addiction. 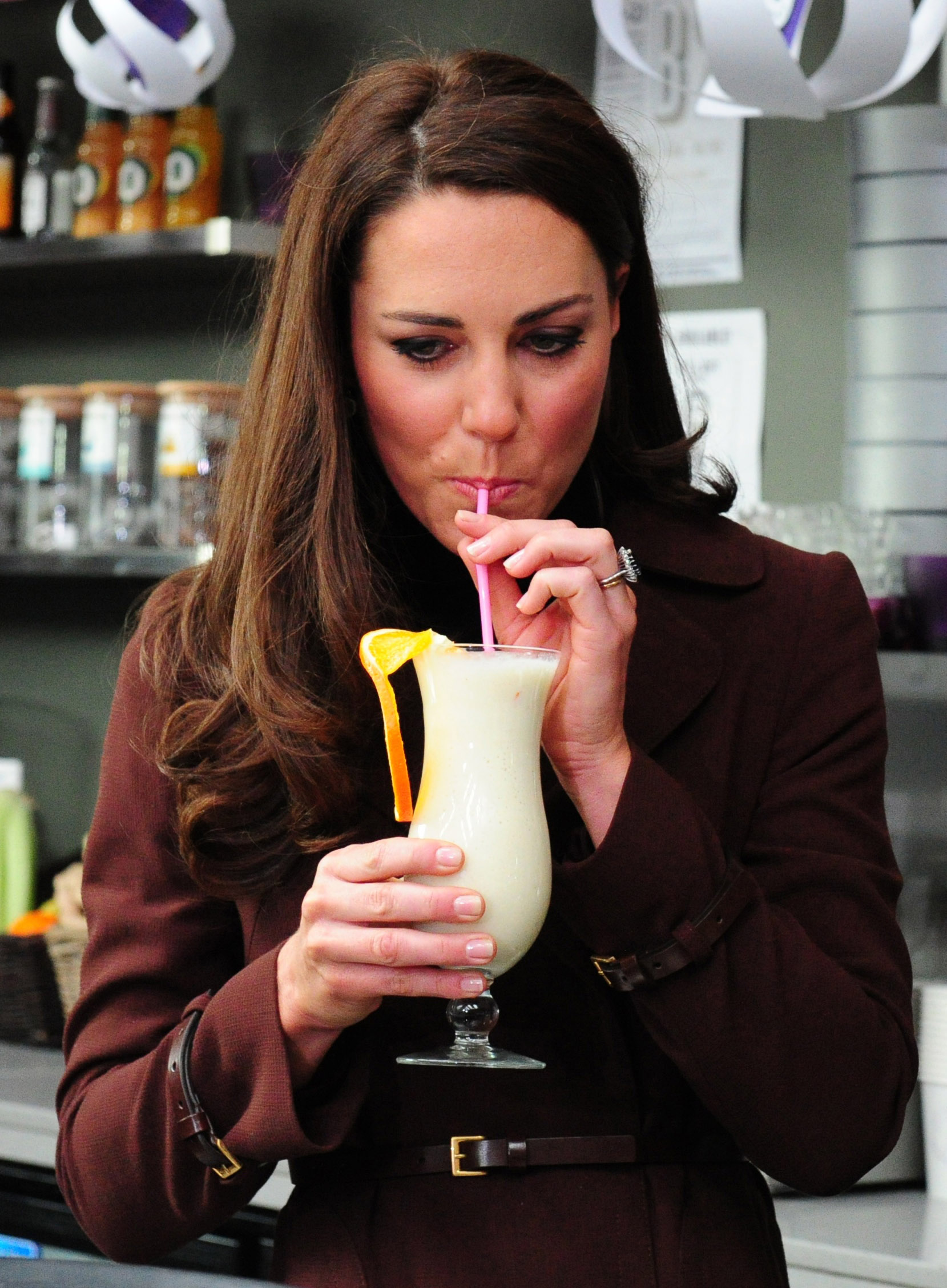 Catherine shared the name of her new puppy with a patient at the hospital and Twitter was loving it.

After writing up my article for the night, I was checking my stats and noticed a link that was driving some traffic. It turned out that The Cambridge News had published an article about the US fundraisers that were helping the Child’s Play Appeal.  That moment everything changed.  I was no longer in my head about being home, alone, with just my cat on Valentine’s Night.  I was suddenly on an adrenaline rollercoaster that I have only ridden a few times since then. People were noticing the impact that I and this blog were having.

I am well aware that by most standards I may not be a success and that what success I have had may be seen as fleeting or a fluke.  I readily admit that I may have thrown away some priceless opportunities.    The article that was published ion Valentine’s Day 2012 will forever remind me that you never know who is watching.  But, I have also learned a LOT during the past 8 years.  Chief among the lessons I learned?  I wanna build something that’s gonna outlive me.  Does that mean that I want to be world famous and have my own philanthropic foundation?  Not at this point, no.  Check back if I ever win the lottery.  But it does mean that I want to work harder than ever for the causes I am passionate about…I want to know at the end of the day that I have made someone’s life better.

Alabama Football has a mantra they live by in the locker room.  Outwork Yesterday.  They’ve built a huge legacy with that work ethic and I hope that I can build a similar philanthropic legacy by working a little harder each day to make a difference.

This year, I will be taking time to think back on what I’ve done in the past year to make a difference in the lives of others.  I’ll also take time to think about what I can do to make a difference moving forward.  Hopefully the ways that I have helped others will put a smile on my face and make for a great day.  Oh, and I plan to cuddle my current black cat Peppurr…if she will let me.