With the news of the death of Prince Philip we are starting to see signs of what are sometimes called the mechanics of death.

The things that have to be done, the things that signify a family in grief. Some of the mechanics are traditions of faith, others are traditions of office.  Several of those traditions are private, others are public-facing.  We have already seen the death notice affixed to the gates of Buckingham Palace.  We’ve seen statements begin to pour in from around the world.  Plans that have long been in place are now being put into action.  Admittedly, those plans have had to change somewhat substantially due to the ongoing global pandemic.

One of the newer public-facing signs of mourning is a change to social media profiles.

The British Royal Family has taken this change and is presenting a very united front. 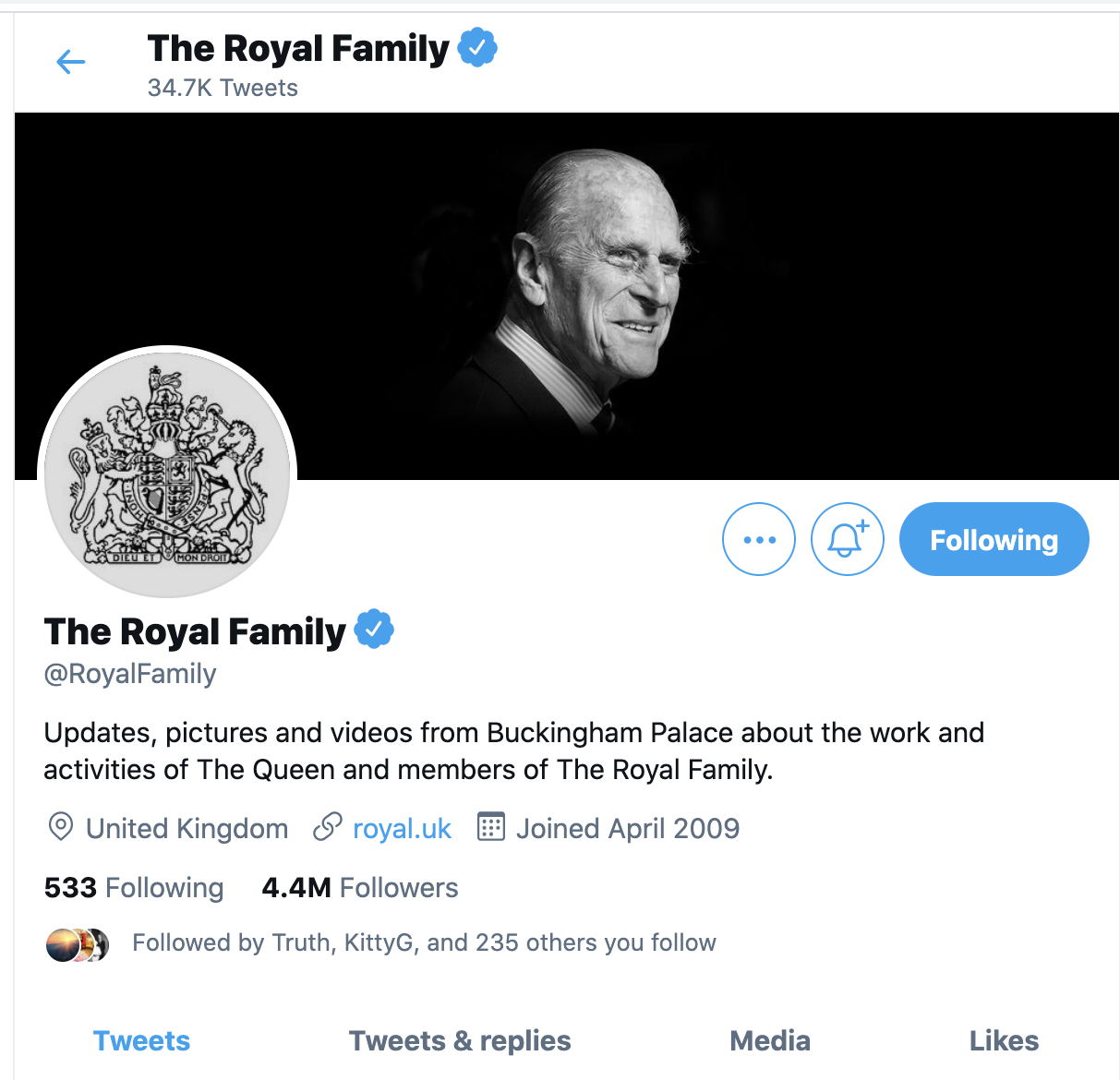 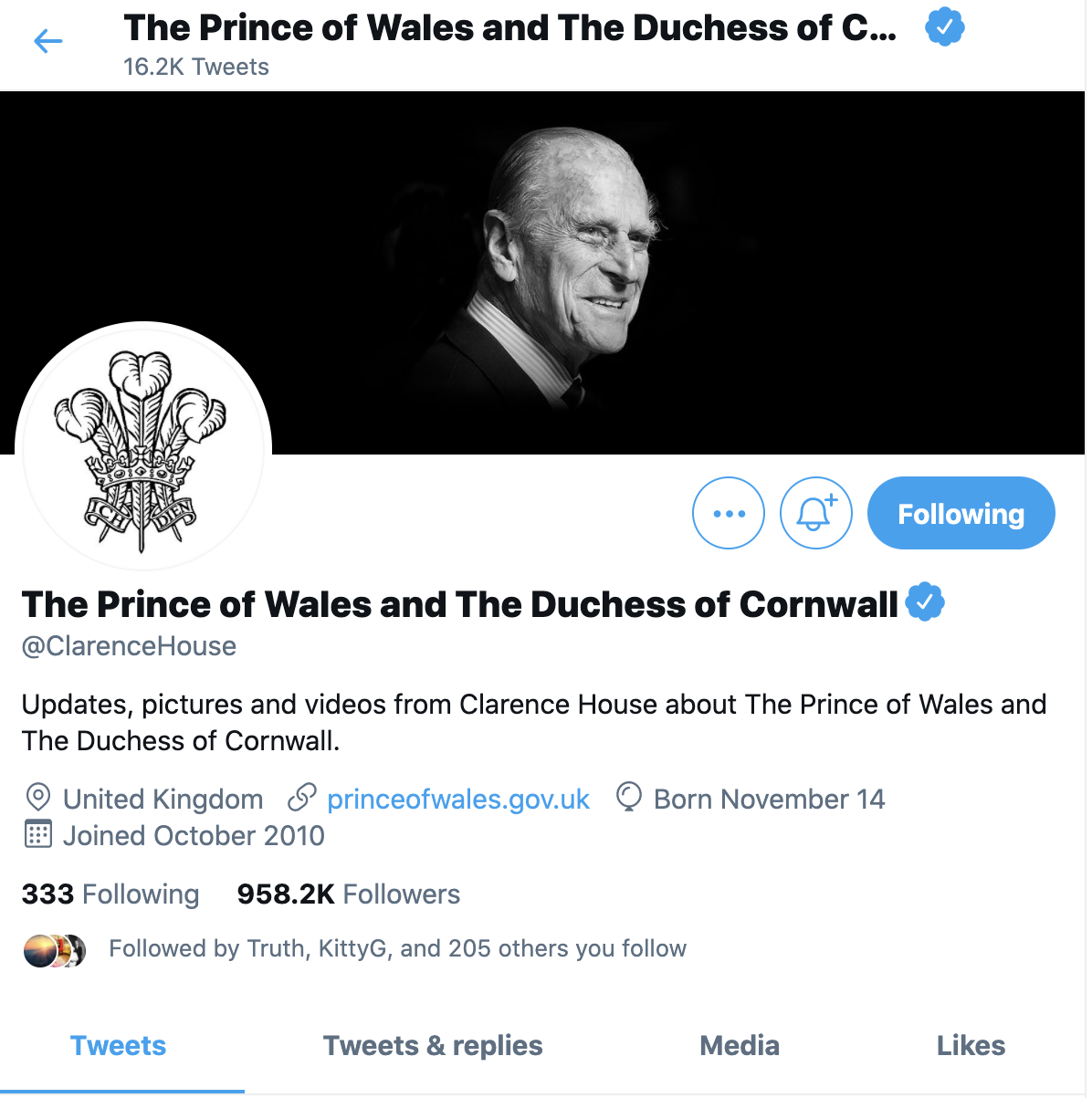 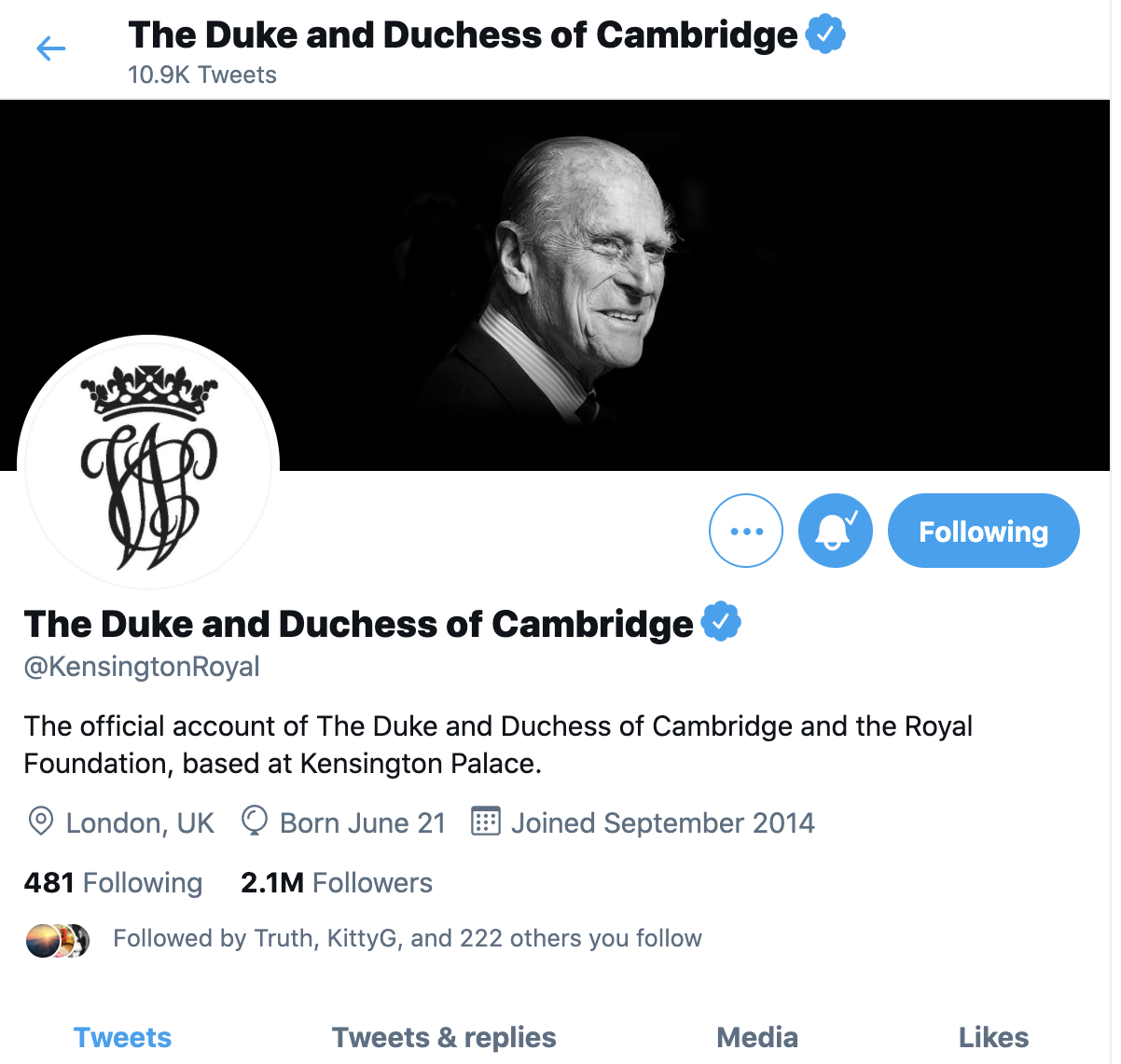 These changes are by no means unexpected. They are, in a way, comforting. The single header image displayed by all is also a reminder that this is a family. A family that right now is united in grief.

My heart breaks for them